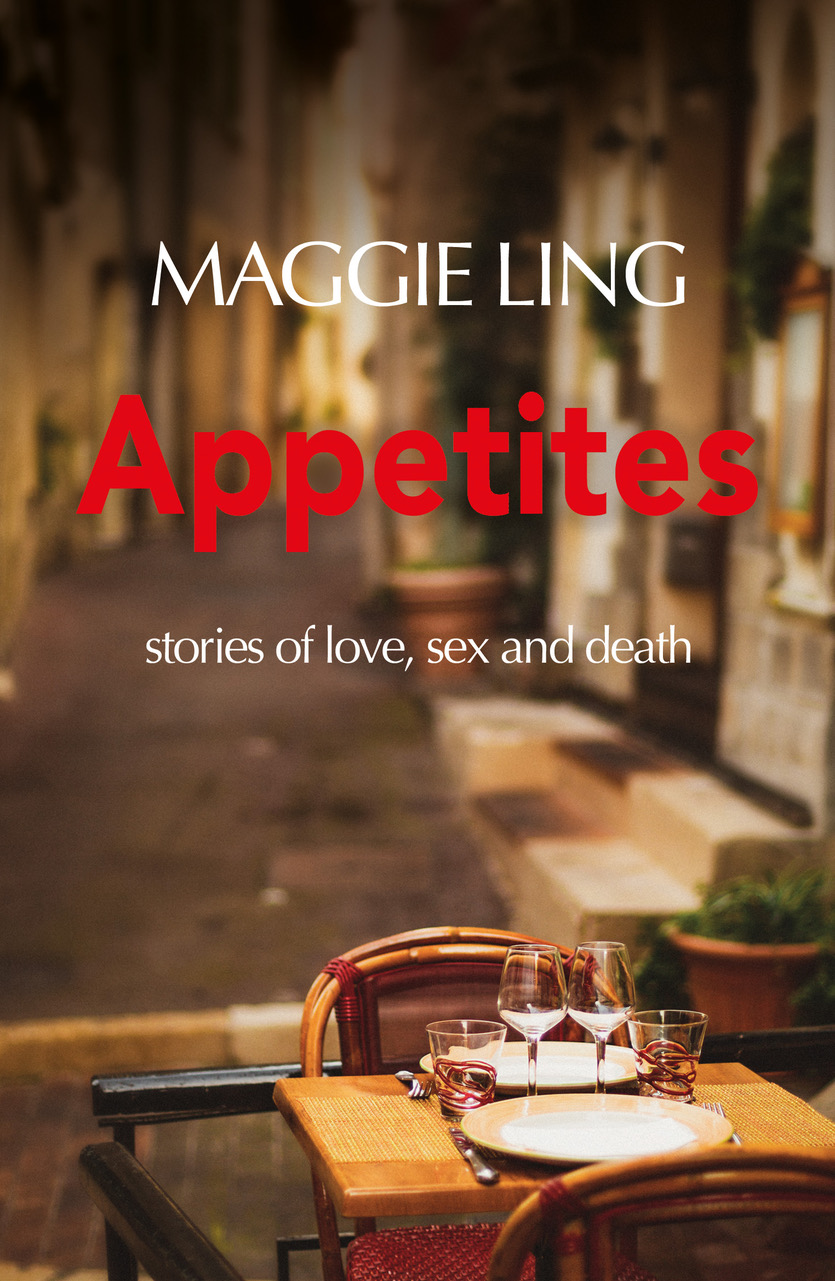 The strange thing about those first empty weeks without her was his ability to carry on as before: to sleep, to eat, most afternoons, to even spend time in his studio, though producing nothing of worth, the clay resistant to his touch, unable to be shaped to his will. And yet he could still go in there, could still structure his day with breakfast, lunch and supper, the scaffolding without which he might fall apart. But how could he eat breakfast lunch and supper as if nothing had changed? How could he prepare food, desire food, without the only woman he had truly desired sitting opposite him? Was this ability of his a healthy or unhealthy one?

He would ask himself this question, standing at the chopping board, listening to the radio, no longer listening out for his wife’s key in the front door, occasionally looking up to gaze out into the garden. From time to time, even taking pleasure in being able to hear every word of the programme, which, until that moment of realisation, he must have been genuinely absorbed in, no longer distracted – frequently irritated – by Vita’s evening chatter overriding the presenter’s words.

‘It’s known as conversation, Adam,’ she would say; ‘con-ver-sa-tion. It’s what most people take part in at some point in the day.’

Her mother’s choice. There had been a distinct waft of Bloomsbury about his mother-in-law. ‘Marry/’ she had questioned, when, a little too politely, he had formally declared his intentions. ‘Do you want to love my daughter,’ pausing to remove her sunglasses in order to fully scrutinize his face, ‘or to own her?’

‘Love her,’ he’d answered. ‘Love her more than life itself.’ Not certain even that would be quite enough for someone as demanding as Virginia Somerville.

‘Ah well,’ she’d said, taking off her straw hat to flap a wasp away from the jam jar, ‘marry if you must.’

‘Hmm,’ she’d murmured, picking up a drained lemonade glass and upturning it over the wasp, now distracted by the sugary crumbs littering the tea table.

Had he, he wondered, slowly grating himself a pile of Parmesan, tried to own Vita? Might his wife be with him now, he considered, draining the last of the wine from a bottle opened eight days before. Before. . .  he sighed to himself. Might he be pouring a glass for Vita at this very moment, had he not needed her quite so much?  And if he had needed her so much, then why, instead of sipping this small glass of red – for all the world as if Vita was about to walk into the kitchen at any second – was he not drowning his sorrows downing crates of the stuff? As any decent, loving man should at such a time.

He slid the grated cheese into a bowl: one he’d made some twenty years ago; the green glaze was a little cracked – he had noted a small chip on the rim – but the bowl itself was intact. Things survive, he thought, flicking the switch of the kettle to boil water for pasta, if you take care of them.

It was two days later that the offerings began. Word must have got around.

An anonymous cottage pie came first, a note, should he think it any old supermarket ready meal or a rejected Meal on Wheels, peeking out from beneath the foil container, declared it Made this morning!

A shiny red tin followed, a Bruegal painting, The Hunters in the Snow, on its lid, a large snow-white envelope propped against it, his name, ADAM, scratched out in spiky, backward-leaning capitals as if ‘written’ by a hopping-mad blackbird. The delicate water-washed violet of the Irises on the card – having none of the vivacity of the real thing – had, he read on the back of the card, been painted by a member of the Mouth and Foot Painters’ Society. Except, at first, he had read it as the Hand to Mouth Painters’ Society, bringing to mind the two-ringed Baby Belling, the north-facing windowsill co-opted as a fridge, and Vita’s twenty-something voice bemoaning their ‘hand-to-mouth existence’. Thinking of you at this time, someone had written inside the card, adding only a large M and a small, scratchy x. But what to do with so many fruit scones? He had never been much of a carbohydrate man. And where and to whom to return the tin?

He knew of three Ms. Knew the handwriting of two of them and imagined the third, a psychologist friend of Vita’s from way back, a woman of considerable sophistication, would possess the elegant forward sloping hand befitting its elegant, intelligent owner. Had Myra, he wondered, in a moment of madness, considered scone-baking a way back to his heart? Not that Myra had ever had access to his heart – or to any organ or any part of any organ for that matter. There had been a certain frisson that was all. An atmosphere that had been far from unpleasant. One that had induced him, on one or two occasions, to imagine Myra naked. She was rather shapely back then (Perhaps still is? he thought), less bony than Vita, and he had wondered what it might feel like: that softness.

But Myra had moved away years ago. A university somewhere. Salford? Bradford? Somewhere with a ‘–ford’ in it. What’s more, a woman with a MSc and a PhD would certainly not own such retrograde handwriting. And, anyway, Myra would have rung the doorbell; Myra might have offered her soft, rounded shoulder as solace.

There followed an avalanche of offerings: beef and beer casserole in a Tupperware box (Just three minutes in a saucepan!); a fish pie, the mashed potato lid piped on in decorative rosettes; a colourful, carefully arranged salade niçoise ‘gift-wrapped’ in cling film, the black and green olives, the artfully placed hard boiled eggs, the criss-crossed French beans, all in disarray as he pealed back the film. A roast chicken wrapped in foil arrived on Saturday morning, a home-baked Dundee cake arrayed with almonds, on Sunday afternoon. Several kind notes were slipped silently through the letterbox, several kind arms thrust quietly across the threshold. Empathetic, sometimes tearful, eyes had gazed into his. Some unable to disguise a questioning, Why, Adam, are your eyes not tearful too? look, before looking down to the bowl, the plate, the tin in their hands, as if to say, If we could heat up Vita and bring her to you, we would, but since we can’t we’ve brought you this. ‘Well. . . they would say, standing there, he not inviting them in, they not wishing to intrude, ‘Well. . . better not keep you. . .

And, in one sense, he had been well. Had, as they say, kept body and soul together. Well, had until now. Until all this cooked up love, this manna from heaven had invaded the quiet routine of those first empty days. How could he, faced by all this ready-cooked food, spend his evenings cooking supper?

Now he snacked: something he had never done – not even in his years at university. Now he scooped a mouthful of kedgeree straight from the bowl, gazing out to the studio he had not set foot in for days, leaving the bowl on the worktop; later, throwing the rest away. Now he cut himself a slim slice of a mushroom tart, not bothering to make salad. Not even using a plate. Pieces of mushroom slipping to the floor, and remaining there; he could see a piece now, covered with dust, festering beneath the breakfast bar.

Now he gnawed at a spicy chicken leg, felt revolted by the taste of flesh, and tossed it in the bin, despising his own wastefulness, his rejection of these ephemeral acts of love he was leaving to desiccate, decompose, be composted. Eaten at last! he would think, thinking of the utter wastefulness of life. Thinking of Vita…

“It was two days later that the offerings began…”